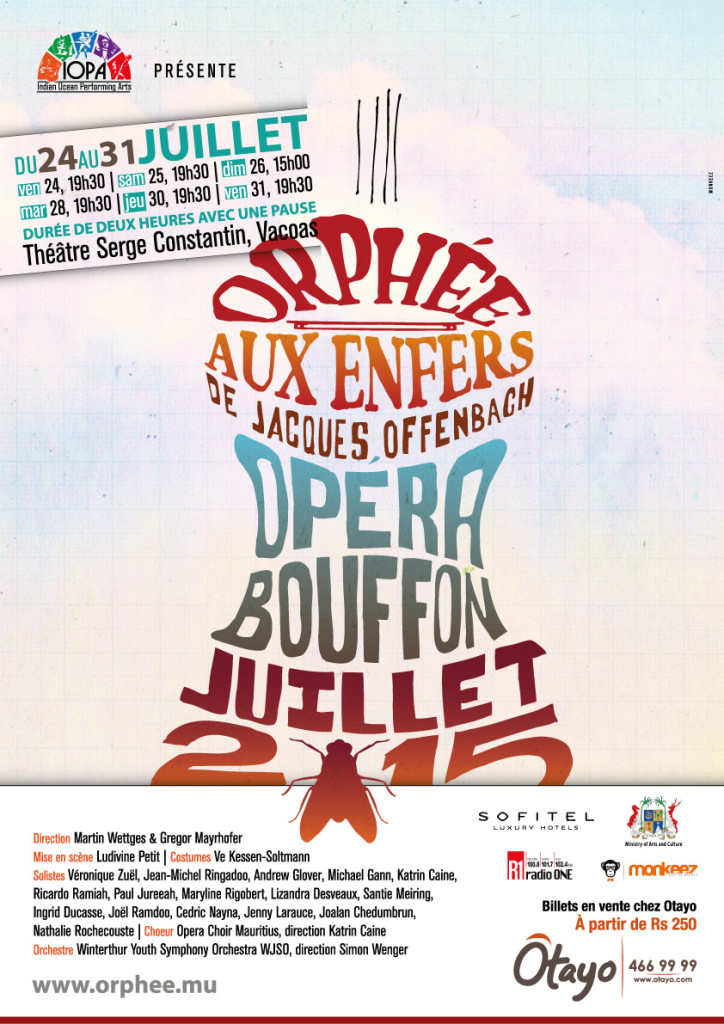 The work, first performed in 1858, is said to be the first classical full-length operetta. It is an irreverent parody and scathing satire on Gluck and his Orfeo ed Euridice and culminates in the risqué Galop infernal (“Infernal Galop”) that shocked the audience at the premiere in Paris.

In Orphée aux Enfers, the magician Jacques Offenbach turns the world upside-down. Every personality, either living on Earth, in the Olympus (the habitation of the gods of the Greece mythology) or in Hell (that of the god Pluto), wants to compel his good will onto his compatriots.The first of Offenbach’s outrageously funny ‘send-ups’ of Greek mythology, this is an unashamedly Gallic version of the classic legend of Orpheus’s pursuit of his wife Eurydice, who is carried off to Hades by Pluto – much to the annoyance of Jupiter. A highly disrespectful romp, it involves nymphs, shepherds, gods and goddesses, with the fun reaching its climax in the riotous revels of the celebrated “Can-Can”. A lively and highly enjoyable show for both performers and audience, with many world-famous tunes.