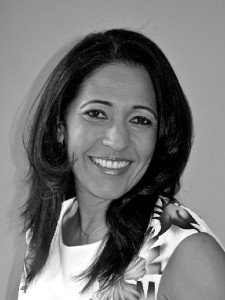 Veronique left her native island of Maurtitius in 1990 to study in the U.K under the coaching of Winifred Ramsay.
Back in her native island in 1999, Véronique Zuël-Bungaroo pursued her musical career with the help of Jean Bernard Thomas, a French-Mauritian vocal coach and performed as soloist in various pieces.

Thanks to a scholarship from the Countess of Munster Trust Fund, she underwent operatic training with the British Youth Opera.

Veronique performed professionally in the productions of the European Chamber Opera at the Holland Park Festival, Sadler’s wells theatre and in tours across England. She distinguished herself in particular for playing the roles of Maria in West Side Story, The Countess and Suzanna in Le Nozze di Figaro, Tatyana in Eugene Onegin, Gilda in Rigoletto, Norina in Don Pasquale, Resi in Valses de Vienne, Adele in Die Fledermaus, Micaela in Carmen and Mimi in La Bohème.

In 2005, the Archets de Paris, a chamber music group, (including soloist from the Paris Opera), chose Véronique Zuël-Bungaroo for the creation of the works of Chevalier de St George during the tour of Mauritius and Reunion island. The Archets de Paris invited her for three concerts at the Sainte Chapelle in Paris in May 2006. The program consisted of the Exultate Jubilate K 165 from Mozart and arias from the opera Le Nègre des Lumières G216 by Chevalier de St George, in the Mozart-St George Festival. She played Mi in The Land of Smiles of Franz Lehar in 2007, produced by Lyric Armor in Mauritius, and performed the part again in December 2007 in Dinard (France).

In the last five years, Véronique Zuël-Bungaroo has sung with Opera Mauritius, playing the role of :

Véronique Zuël-Bungaroo also performed regularly in different events with Omada, Move for Art and Impact production for the openings of a few Hotels such as The Hilton, Anahita, The Sofitel and the St Regis Resorts.

With Art Academy, she started creating a new artistic style; a new challenge for her at composing and singing in the native creole language of the island which led her to sing in The Festival Creole, Ebony (2007) and Metisse (2008). With the same Academy, in 2010, she performed in Katha’zz during a Classical Dancing festival in New Delhi, India. Veronique is solicited for lyrical concerts on a regular basis in Mauritius, Reunion Island and recently in Australia.

Aristée or Pluton (the God of the Underworld Hades) 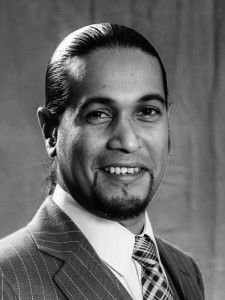 Singer (Tenor) and vocal coach and Self-Employed IT Consultant

Jean-Michel is at home in the world of Heavy Metal as well as in that of classical music.

Past President and ex-member of Magoakan Choir.