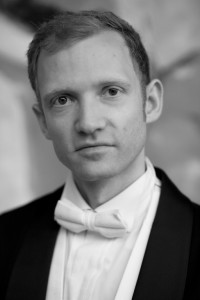 Wettges received scholarships from the German Academic Foundation (Studienstiftung des deutschen Volkes), the University of Cincinnati, the Mark-Lothar-Foundation and the Richard-Wagner-Foundation, Bayreuth.

He received scholarships from the German Academic Foundation (Studienstiftung des deutschen Volkes), the University of Cincinnati, the Mark-Lothar-Foundation and the Richard-Wagner-Foundation, Bayreuth.

Wettges conducts at the Opera house in Leipzig (Il turco in Italia) and took charge as music director of new productions at the Graz opera house (Rigoletto), at the Munich Staatstheater am Gärtnerplatz (BRITTEN: Noye’s Fludde), at the opera house of Karlstad, Sweden (Rigoletto), the Coburg State Theatre (Les pêcheurs de perles), at the Bayerische Theaterakademie August Everding (La Traviata), and at the Young Artists Festival in Bayreuth (world premiere of WANG AI QUN: Dream of the red chamber).

Wettges served as assistant conductor for the Deutsche Staatsoper unter den Linden Berlin, the Münchner Biennale and as a repetiteur for the Freies Landestheater Bayern, the Orpheus Ensemble and the International Opera Studio Merano (Italy), where he started his conducting career. Being chorus director of the Munich Prinzregententheater since 2006, he worked for maestro ULF SCHIRMER, the Neue Münchner Hofkapelle, the Munich Radio Orchestra and the opera theatres of Ingolstadt and Bayreuth as well as with the childrens choir of the Bavarian State Opera, among others.

Together with his long-time stage associates, the director TOBIAS KRATZER and the stage designer RAINER SELLMAIER, Wettges won the ring.award 08 as music director for a production of Verdi’s Rigoletto at the opera house in Graz, Austria.

In 2008 he was appointed lecturer of orchestral conducting at the University of Music and Performing Arts in Munich. There he is moreover music director for the annual production of the opera department in 2010/11 (HÄNDEL: Alcina).

WETTGES’ deep interest is contemporary as well as forgotten music: as a member of the international WALTER-BRAUNFELS-association, he is actively engaged in rediscovering and performing his work. In addition, he conducted world-premieres as well as debut-performances of CARL FILTSCH, ROBERT KRAMPE, HERMANN LEVI, ALFRED SCHNITTKE, ANNO SCHREIER und JOHANN RUDOLF ZUMSTEEG, among others. He rediscovered, reconstructed and published the piano concerto by HERMANN LEVI, the famous conductor of the world-premiere of Parsifal, and performed this opus for the first time after more than one and a half centuries.

In 2009 WETTGES was appointed music director and artistic executive of Opera Mauritius where he made his debut with BIZET’s Les pêcheurs de perles, featuring a top-class international cast. He successfully reanimated the opera tradition in Mauritius, dating back to 1790.

“A preeminently gifted conductor, in a gentle manner both authoritative and assertive.” (JÜRGEN KESTING, Opernwelt 11/2009) 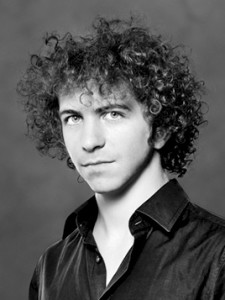 Gregor A. Mayrhofer was born 1987 in Munich. In 2013 he was asked to lead of the Opera Mauritius Festival 2013 as a substitute for its music director Martin Wettges and returns this year be assistant conductor at the production of „Orphée à l’enfer“. In 2009 he composed the orchestral score for creole songs of the famous mauritian singer Linzy Bacbotte and performed together with her at her “25-years of carreer anniversery concert”.

From September 2015 on he will do his master degree at the famous Juilliard School with New York Philharmonic’s music director Alan Gilbert.

Mayrhofer is invited to direct several concerts with the International Ensemble Modern Academy in Frankfurt, Karlsruhe, Paris and Utrecht, and a concert tour with the Ensemble Garage to Warsaw.

He is doing a great effort to perform contemporary music and to support young composers and premiered many new works of his colleagues.

He received commissions as a composer by the Bayerische Staatsoper München (guest performances at the Lucerne Festival and the Stadttheater Aschaffenburg), Bayerischer Rundfunk, Opera Mauritius, Münchner Biennale, Tiroler Festspiele Erl and Siemens Arts Forum.
Currently he is working on commissions for the Deutsche Oper Berlin, the Tonhalle Düsseldorf and the Chor des Bayerischen Rundfunk. 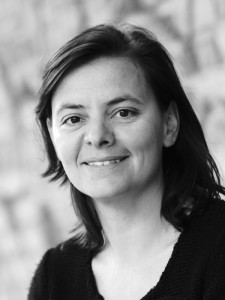 Ludivine Petit was born in Strasbourg, France, in 1974 and lives in Alsace. French is her first language and she speaks English, German and Italian fluently. After a Master’s in History and Archeology in Strasbourg (France) and Genova (Italy), Ludivine Petit travelled to Germany and started on the path to becoming a stage director as a guest student at the Hanns-Eisler Highschool in Berlin in the Opera Stage Direction Section.

She then filled a position as assistant stage director at the Deutsche Oper am Rhein (Düsseldorf, 02-04), the Staatsoper Stuttgart (04-06), and the Oper Frankfurt (07-10), three first class international Opera houses which are regularly acclaimed by the European critics (best Opera Houses, best productions, best singers, best chorus, best orchestras). During these years, participating in more then 40 productions, she assisted top level stage directors such as Christof Loy, Jossi Wieler, Christof Marthaler, Keith Warner, Benno Besson, Richard Jones, and worked as revival director, in charge of the organization, scheduling and artistic process of the rehearsals with international singers (such as Zjelko Lucic, Alice Coote, Matthew Polenzani, Catherine Naglestadt), and was personally responsible for each performance’s quality and success.

In addition she co-directed two opera productions together with Anna Viebrock: Fremd, by Hans Thomalla, at the Staatsoper Stuttgart, and IQ. Eine Testbatterie, by Enno Poppe for the SWR–Festspiele in Schwetzingen.In the 2009 International Festival Spielart (Munich) she created Geen krimp, Gustav !, an atypical music theater based on Mahler’s lied Revelge, with the collaboration of the vocalist Jaap Blonk. It was her second staging, after Mozart’s Bastien und Bastienne (2006, Staatstheater Weissenhorn).In 2012 Ludivine was invited by Opera Mauritius to direct La Traviata. This happily led to a second production on the Island, Dido and Æneas, in 2013.In 2013 she also successfully directed La Cenerentola (G. Rossini) at the Daejeon Culture and Art Center (Daejeon, South Korea). In 2014, she was assistant to the director for Wagner’s Tetralogy Der Ring des Nibelungen (Grand Théâtre de Genève)

Director of the Choir 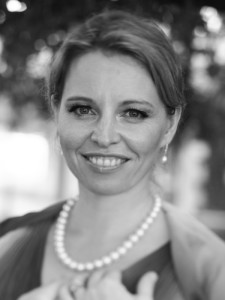 In 2008, Caine moved from Germany to Mauritius and founded together with Paul Olsen and Martin Wettges Opera Mauritius to produce various operas on the Island. She also has introduced the consept of OperaDinner to Mauritius and performed in many concerts.

Studied singing and musical education at the University of Music Augsburg-Nürnberg.

Katrin Caine sang for ten years at the „Staatstheater am Gärtnerplatz“ in Munich. She was a soloist in various free productions and her debut was Celia in the musical „The promised Land“, for which she worked as a coproducer as well. She sang Adele in the „Fledermaus“, Belinda in „Dido und Äneas“, Sand- und Taumännchen in „Hänsel und Gretel“, Dao Yu in the Chinese opera „The Dream of the Red Chamber” by Wang Ai Tien and First Boy, Second Lady, Papagena and the Queen of the Night in various productions of the „Magic Flute“.

In many masses and oratorios she performed in great churches in Europe like the Straßburger Münster, the Veitsdom in Prag and Frauenkirche in Munich.

Katrin Caine is the conductor of the following Mauritian choirs: 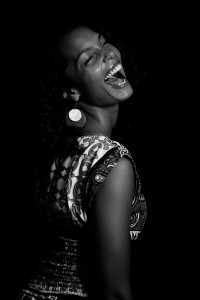 Ve Kessen-Soltmann is a designer from Munich, Germany. She recently moved to Mauritius with her family in order to further her custom design label CAMAEON on the island after having spent the better part of the past ten years in both Galu Beach, Kenya and Munich.

Costumes and stage design are the vessel in which she blends her designs with her enthusiasm and enchantment for the stage, a passion that has always been part of her life as she has been training as a dancer from a young age. Her inspirations stem from her travels around the world and her many years living overseas in Tunisia, Morocco, Egypt and Kenya.

A force to be reckoned with, she is excited and honoured to be contributing to making the Mauritian vision of the ‚Orphee’ come to life visually.