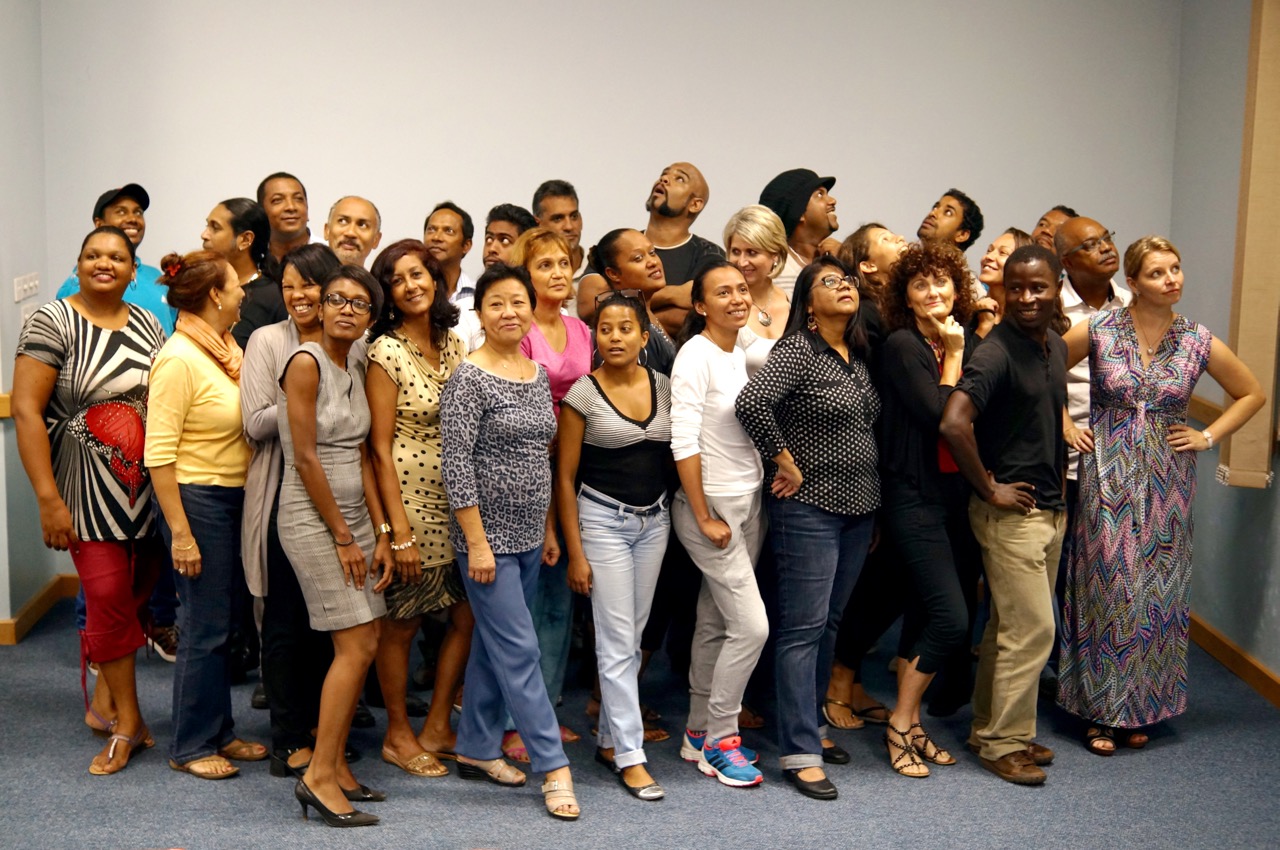 The Mauritian Opera Choir was formed as a project choir in early 2009 to perform in the first season of Opera Mauritius. Most of the 40 members are Mauritian and are dedicated and enthusiastic singers with a passion for opera and operetta, who meet on a weekly basis to rehearse at least 6 months before the actual events.

The Choir was performing tremendously in the Pearlfishers in 2009 and Carmen in 2010, singing alongside a host of professional soloists and accompanied by the Cape Philharmonic Orchestra. In September 2012 the Choir was performing in La Traviata and was also an important pillar for the open air production of Dido and Aeneas in october 2013 and is now preparing for Orphée aux enfers on 24. july 2015.

The Mauritian Opera Choir is directed by German soprano Katrin Caine, Head of the Vocal Training Programme and conductor of the kids-choir Rainbow Voices as well as of Cantiamo (adults). Katrin Caine is assisted by opera répétiteur Viktoriya Mulkyth and supported by musical directing assistant Gregor Mayrhofer.

‘The performance of the Mauritian choir is one of the many pleasant surprises of this production.’
L’express, 12th Sept 2010